Menu
Home › Focus on › Daughters of Charity at the UN 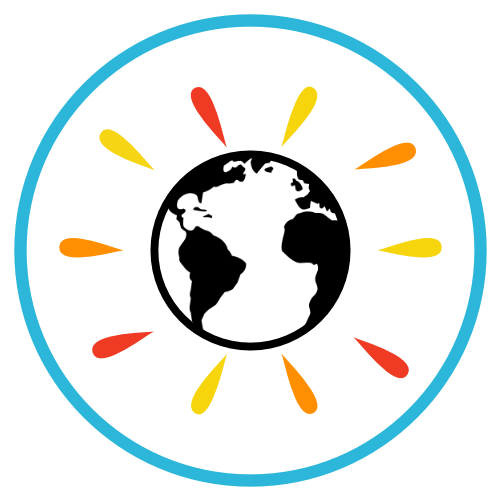 Daughters of Charity at the UN 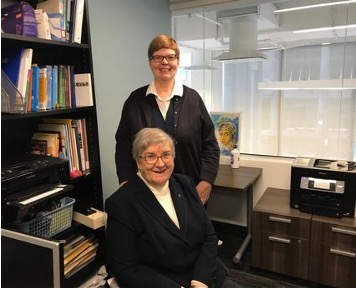 The Daughters of Charity of Saint Vincent de Paul work at the United Nations to influence policies that affect people who suffer from poverty, injustice, or exclusion. Their services lead them to get involved in struggles such as the lack of housing, human trafficking, the eradication of poverty, indigenous concerns, climate change, migration, etc. Like the Community, the United Nations is commit to “leave no one behind”. Through this series of monthly documents, we hope to show the links between the expectations of the United Nations, the Community and the Church on essential themes, and to stimulate reflection or action on these.

We Cannot be Silent. The Universality of the Call.

At their core is the recognition that the world needs ways of sensing emerging disruptions that encourage cooperation, rather than division.  The challenge offered by the new set of goals was more than just a new set of data and information.  The data is in, and the data is clear: we are part of the web of life and engaging in what is happening, anywhere in the world, means that human pain wherever it occurs, and the distress of the planet must concern us all.

Many groups from all faiths, including Religious Congregations, have invested resources in having a representative at the United Nations and so one is prompted to ask: How have the Sustainable Development Goals and their  implementation  impacted  on us, five years later, as we go about the business of our lives?

How, for example, have Religious Congregations integrated/interpreted the Sustainable Development Goals into the way they write and live Mission or Chapter statements and ultimately lifestyles? How have churches, synagogues and mosques used the Goals for instruction to help the peoples in the pews live lives which are about the common good?

Whilst many governments have gone to great lengths   to diminish   the role of faith and religion in public affairs, the UN has developed a very constructive interface with faith leaders. Former Secretary-Generals Kofi Annan and Ban Ki -moon were always very open to the presence of religious women and men at the United Nations and often spoke publicly highlighting the important role of faith-based groups.

Just a week before world leaders from across the globe arrived in New York to launch the Sustainable Development Goals, Pope Francis released the encyclical Laudato Si’ on the connection between dignity, development and human ecology.  In this document, he invited all to enter into dialogue on our common home and the environmental crises we face. He asked us to re-examine our relationships with each other, the planet, and the economy.

“Civil Society and major groups have been with us. We are concerned, however, about the level of awareness about the Sustainable Development Goals and civil society has a role to play in raising awareness.” (Notes provided by Ambassador Donoghue, (Ireland), 23 January 2015, UN New York).

Dignity is at the heart of the new global goals.  They are universal and equally applicable to all countries; and they can be used to advocate for more equitable development, based on tackling the systemic and root causes of poverty and unsustainable development.

That same dignity and respect for difference is at the heart of the Visitation encounter when Mary and Elizabeth greet and meet. The two women dream new dreams for themselves, for each other, for the world and the universe. The very presence of the pregnant and unmarried teenage Mary in the home of Elizabeth at this point in Elizabeth’s life experience speaks about the primacy and dignity of the human person. There is no harsh judgment present.

However, as we read the Magnificat or poem found on the lips of Mary, we are invited to look at her with new eyes. She is not the meek, subservient one so often portrayed. A careful pondering of the words of the Magnificat, and not the poetry of the words, points to the five important verbs therein. We are told: God respects the poor; exalts the poor; feeds the poor; helps the poor; remembers the poor. And so, we ask: Who is this young woman proclaiming such a revolutionary message? God has chosen a servant girl from a poor country to deliver a revolutionary message. Mary sang her revolutionary song to her cousin, Elizabeth.  Its message is a prelude to the gospel and a call to turn unjust systems upside down by respecting the poor, feeding the poor, exalting the poor, both within our hearts and by our actions. It is not enough to be compassionate.

Daughters of Charity at the UN archives

We cannot be Silent!

This booklet offers an opportunity to reflect on the UN in the context of our call as Daughters of Charity. My hope is that it

The 20th session of the Indigenous Peoples Forum will be held from April 19-30, 2021, with the theme: “Peace, justice and strong

UN Commission to focus upon women’s participation and decision-making in public life. The UN in New York is usually bustling

World Day of Social Justice takes place on Saturday, February 20.  It is very fitting to celebrate this day as

Working to keep homelessness at the forefront of the UN agenda 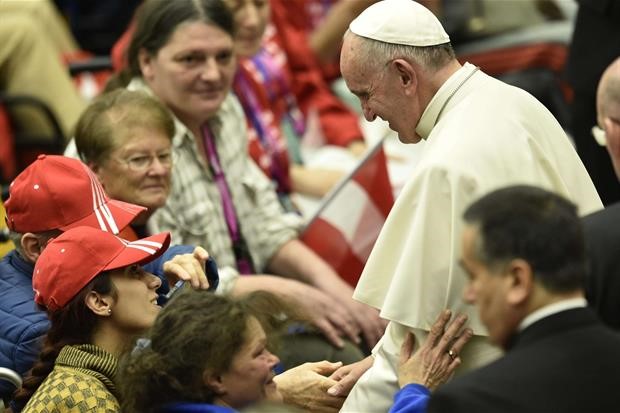