Menu
Home › News › Life in prison during the Lockdown 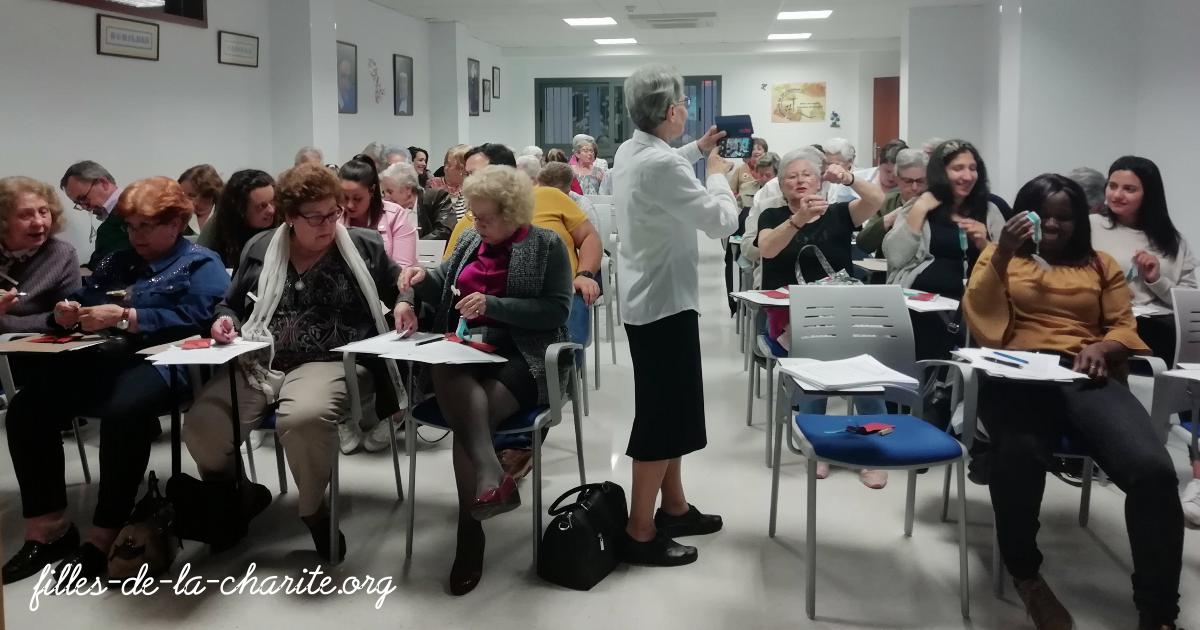 Life in prison during the Lockdown

♦ The Prison Ministry Team tells us what those days of maximum health alert meant for the inmates in prisons.

The confinement we lived for weeks because of the pandemic taught us to value situations that daily pass through our lives without giving importance to them. One of them is the freedom of movement: to go out and come in when we want, to meet family and friends, to be able to choose where we go and when. In this way we placed ourselves, for a few days, in the situation of those who suffer this deprivation: the inmates in prisons.

Sister Mª Dolores de Bethencourt is part of the Team responsible for the Prison Ministry and, through her testimony, we try to “put ourselves in the shoes” of those who passed the lockdown in prisons.

♦ How was the situation of the pandemic and lockdown experienced in the prisons in the province of Las Palmas?

Well, as in all Centers of the national territory, the regulations issued by health authorities were reinforced by Penitentiary Institutions. The inmates confined in their cells had no contact with those in other cells, they were prohibited to communicate with their families, and packages and money cannot pass through the prison bars… all activities ceased. Of course, for us, like all NGOs, the prison was closed off, so we did not have Sunday celebrations, catechesis, etc. …

♦ For a few weeks in confinement we have been able to have an idea what deprivation of liberty entails…. How was this semi-confinement of those who were outside valued by both the inmates and the volunteers in the Prison Ministry?

The inmates had an extremely difficult time; they were totally isolated from the outside world, sometimes without receiving any news about their families. It is fortunate that the Center had mobile phones and those who requested could make video calls to their family (within time limits) and this contributed to creating some tranquility. We must affirm that, despite the sacrifice, things were done well, as there was no positive case among the members of the prison community.

♦ How did the volunteers stay in contact and what follow-up did they do and continues to do in the prisons?

Volunteers also suffered at home without being able to do “anything”. We managed to establish a weekly telephone conversation with those in charge of the prisons who updated us; they also asked us for some resources such as clothing and money so that the inmates could buy phone cards and be able to contact their families.

In the Phase 3 of the lockdown, the prison remained closed but the Chaplain and I were allowed to enter but only for individual interviews with whoever requested it since entry into the cells were still banned; the scaling down of restrictions was done progressively.

♦ Will the usual activities around the Merced festival be held this year?

At the moment it seems impossible, the Sunday celebrations have not yet resumed. We hope to start shortly with a reduced capacity but from the little news that we heard, we believe that the

festivities around La Merced for this year will be suspended.

♦ What has the members of the Prison Ministry learned from this pandemic?

The situation of semi-freedom that we have lived has helped us to reflect and become more aware of how hard and difficult “confinement” is and what it can mean for our inmates who are permanently subjected to it. This has prompted us to put ourselves in their shoes and understand better their harsh reality; it has helped us a lot. The prayer and training materials that the National Delegation sends us weekly has also helped us as “we keep alive the flame of the Prison Ministry.”

♦ And how do you face the “new normal” in your programs for the next academic year?

We hope to have a meeting with the Permanent Commission soon and to have the programs in place.

The Meeting of the Provincial Councils of the Slavic Provinces, i.e., the Provinces of Slovakia, Slovenia and the three Polish